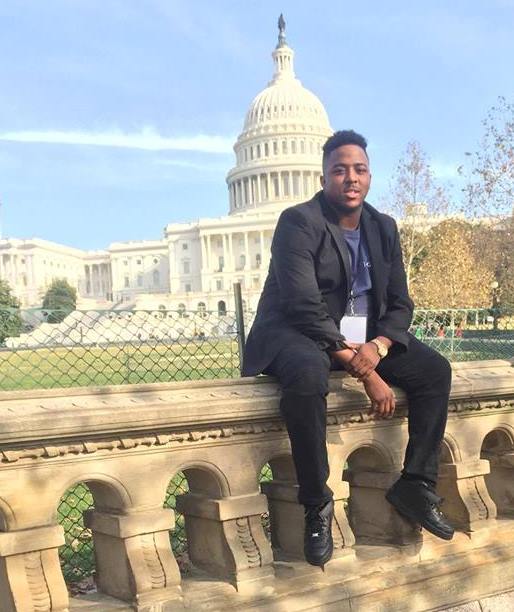 SER Metro-Detroit, Jobs for Progress, Inc., selected Eugene Thompson to represent SER Metro-Detroit at the annual Jobs for America’s Graduates (JAG) conference at our nation’s capital, Washington, D.C., to compete with 700 other students from around the United States. The conference was held from November 29th to December 1st, 2017.

The JAG National Career Association Competition on Public Speaking allows students to make public presentations using the principals of verbal communication, and demonstration of self-confidence and poise in speaking before peers and the general public, to strengthen communication skills.  Eugene, a graduate of SER’s Year-Round Youth Program, impressed the panel of judges with his presentation and was awarded the Silver Medal!

Eugene entered the SER Metro-Detroit Year Round Youth/Jobs for Michigan Graduates program in 2016 through the Detroit Public School Community District’s Asbury Park location.  He completed his GED requirements and went on to post-secondary education at SPECS Howard in pursuit of his dreams to become a journalist in broadcasting. Last March, Eugene also competed in JAG regional employability skills competition in Lansing and took the Gold Medal for public speaking.  The program is funded by Detroit Employment Solutions Corporation.

Eugene has overcome challenges in his life but has not let anything get in the way of his success. He continues his studies at SPECS Howard and is working two jobs while mentoring youth that are now in the Year Round Youth program. He also serves on SER’s Youth Council for special events.  SER is extremely proud of Eugene and his accomplishments.  He is an inspiration to all.