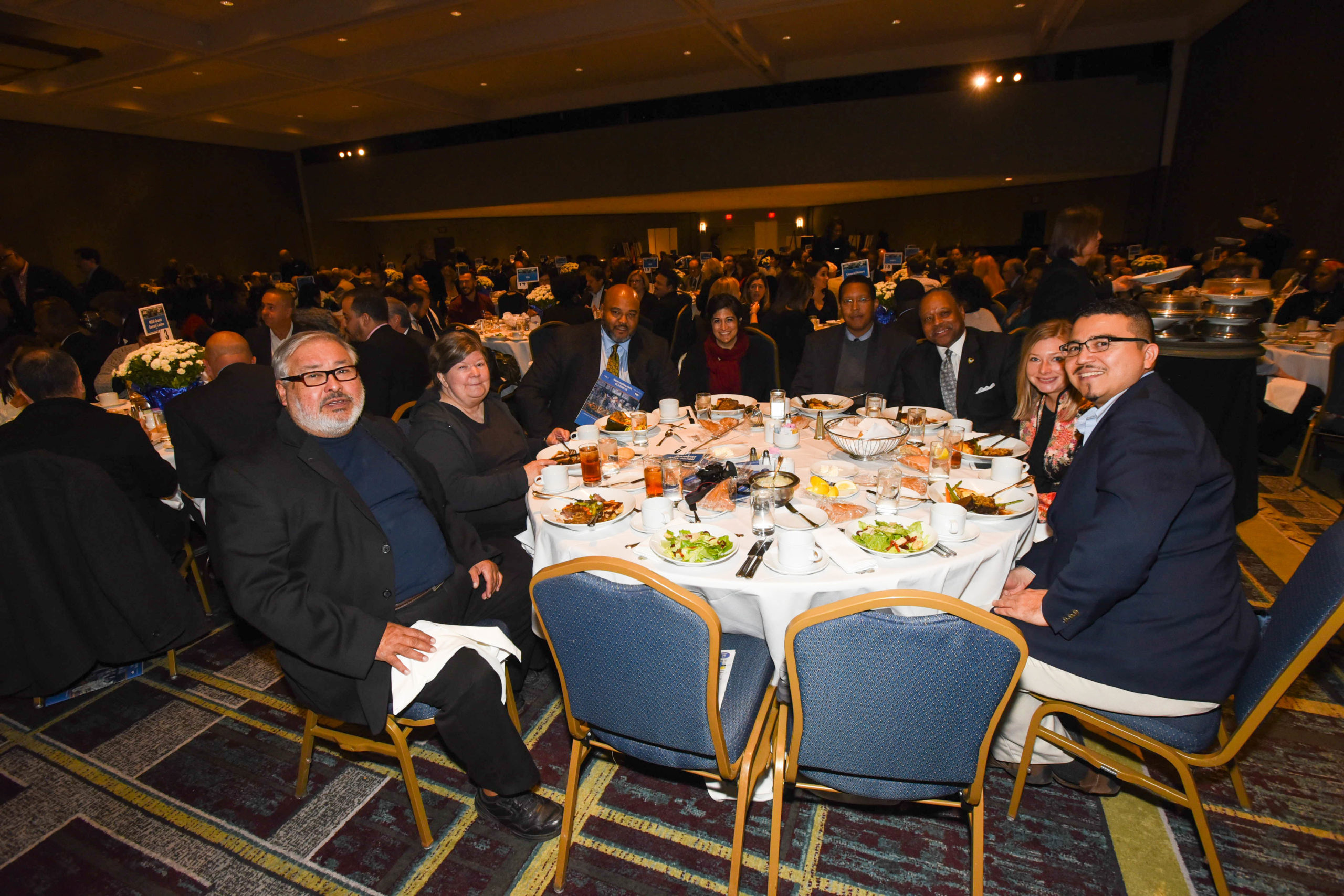 DETROIT, MI-November 22, 2017 –More than 600 guests attended the 46th Amigos de SER Business Recognition Luncheon on Tuesday, October 31, 2017. The guests gathered in the Grand Ballroom of The Detroit Marriott at the Renaissance for SER Metro-Detroit’s Annual Event. It was among the most successful Amigos de SER Luncheons that SER Metro has held.

Rico Razo served as the emcee of the event. The keynote address was given by David E. Meador, Vice Chairman, and Chief Administrative Officer, of DTE Energy who spoke about workforce development and the rebirth of Detroit, particularly in the area of apprenticeship programs.

“We were honored to have David Meador as our keynote speaker,” said Eva Garza Dewaelsche, President, and CEO of SER Metro-Detroit.   “His involvement as co-chair of the Mayor’s Workforce Board is significant, and he delivered an important message about the direction that Detroit is taking in preparing our current and future workforce.”

Key highlights: Some of the notable categories and awards this year were DTE Energy, Amigo of the Year; and Wolverine Packaging, Employer of the Year. SER also recognized four graduates, Jason Gnatek, Damari McMiller, Martin Sierra, and Beulah Walker with the “Journey to Success” Award.  Two graduates received a $1,000 scholarship towards post-secondary education from the Frank D. Stella Scholarship Program established by SER Metro-Detroit in 2013:  Marquita Kennedy and Sara Mendez.